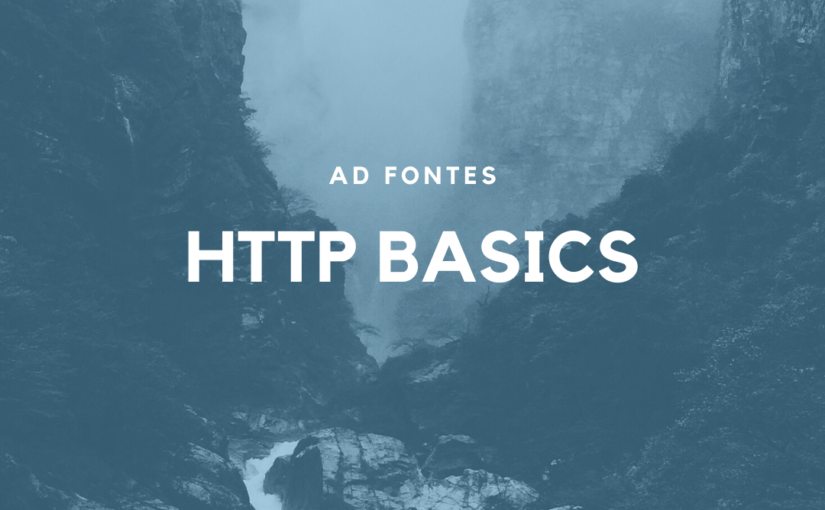 In this text, I’m going to cover all the basic information that every web developer should know about the most basic building block of the modern web, which is HTTP (in my humble opinion).

Due to its continuous popularity, I’m going to focus on HTTP/1.1 mostly.

HTTP (HyperText Transfer Protocol) is a protocol for transmitting hypertext documents. We use it to transfer data over the web.

Okay, but what the heck is hypertext? In short, it’s a text which contains a link to another text resource.  In contrary to that there’s a term called hypermedia which is used to describe other, non-text content types, like graphics, sound, videos, etc.

And last but not least, HTTP is the protocol of the application layer of the OSI model and it runs on the top of TCP protocol which is a transportation layer protocol and IP used for routing.

HTTP is widely used on the Internet since 1990. Version 1.1, although it was introduced in 1997, it still plays a major role on most of the websites nowadays.

A newer version of the protocol, HTTP/2 is adopted by nearly 50% of  the websites right now, and it’s still growing.

But don’t forget about the HTTP/3 which is the newest version of the protocol and is around for a while now. It’s already used by over 6% of the websites. So it’s not that bad when it comes to the adoption of the newer standards. The curve grows steadily.

Let’s take a look at the brief history of the protocol:

In simple words, HTTP works as a request-response protocol between client and server.

In your everyday use, you’ll send an HTTP request to the URL for a resource via your web browser, cURL, Postman, mobile app or another HTTP client.

In short: you’re the client and you expect the server to send a document in response. Usually, it’s an HTML document but it could be an image, a JSON or XML document, etc.)

Representation of the resource

The document that is sent by the server is called the representation of the resource.

We use a URL to identify the resource (one and only one). So when you, as a client, make an HTTP request to a URL, you don’t get the underlying resource directly, you always get only its representation.

HTTP headers are used for providing information about the request or the response or about the content object that is sent in the message body.

The response headers from the Amazon server could look like this:

Looks like a lot of things are being sent back and forth, huh?

Don’t worry we’ll go through the most common of them in the next articles.

There are 8 methods in HTTP/1.1 protocol:

I bet at least some of them sound familiar to you. We’ll go through the most common of them in the next articles of this series. Believe me, they can be tricky 😉

There’s no doubt, there’s no web without HTTP. It’s bread and butter for every web developer.

Stay tuned for the updates from the Ad fontes articles series. We’re going to explore more of the HTTP details soon.

* Ad fontes – is a Latin term which means “to the sources“